Transgender Afghanistan veteran could be kicked out of the National Guard. So she’s suing.

“My wife and I are raising two young children, and that loss would be devastating to our family.”

A transgender member of the National Guard who served in Afghanistan is suing her state’s governor for implementing Donald Trump’s ban on transgender people in the military. Blaire McIntyre of the 101st Airborne Division filed a lawsuit on Friday against Michigan Gov. Gretchen Whitmer (D) in federal court.

Because of the transgender military ban, she “faces involuntary discharge from service and the end of both her National Guard service and her civilian career solely because she is transgender.” Her lawsuit accuses the state of violating her constitutional rights to due process and equal protection.

Trump announced his ban on transgender people serving openly in the military in 2017, a policy that was formalized in a Pentagon memo in early 2018. There are currently four federal lawsuits against the policy, but in 2019 a federal judge ruled that the Department of Defense could implement the ban while litigation was pending. On April 12, 2019, the ban went into effect and transgender people who got diagnosed with gender dysphoria risked getting discharged from the military.

Shannon Minter of the National Center for Lesbian Rights said that McIntyre is in a “terrible situation.” “We have to sue the governor and the Guard because she works for the Michigan Guard, and they are the ones enforcing the federal policy,” he told the Detroit Free Press. “It may very well be that the governor is sympathetic to her position and may want to just settle.” “I’ve proudly dedicated the past five years to the Michigan Army National Guard,” McIntyre said in a statement.

“My commanding officer, my civilian supervisor and my peers rely on me to give my all every day and I want nothing more than to continue offering my best service. But the transgender military ban means I am not only facing discharge from the Guard, but termination from my civilian job as well. My wife and I are raising two young children, and that loss would be devastating to our family.” Gov. Whitmer’s office said that she does not comment on pending litigation. 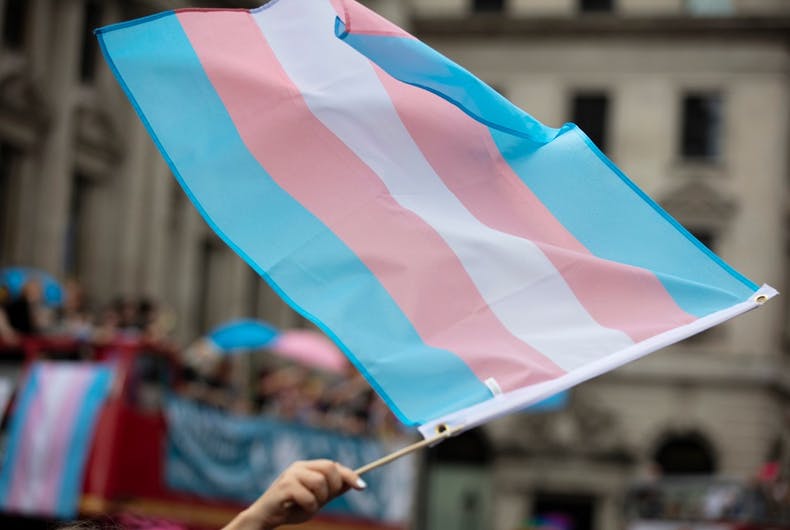