She told the police both her current and former names because she thought it was the right thing to do. She was arrested for “knowingly misrepresenting” her identity

The NYPD has reached a settlement in the lawsuit Linda Dominguez, a transgender woman in New York City, in which they agreed to pay the woman $30,000 after she was arrested on a charge of “false personation” because she gave police both her current and previous names. “I never want anyone to go through the abuse I experienced from people sworn to protect me,” Dominguez said in a statement. “This settlement is an important step toward ending a culture of impunity and discrimination against trans people in the NYPD. As an advocate for my community, I couldn’t let this go.”

The incident occurred in April 2018 when she was walking home from the bus through a park. Police approached her because no one is supposed to be in the park after dark. Dominguez changed her name on her legal documents in 2017, but she had a previous arrest under her former name. So when the police asked for her name, she gave her former first name along with her last name – which hadn’t changed – as well as her address and date of birth. The officers arrested her for being in the park after dark. She was taken to the precinct and she finally got to talk to a Spanish-speaking officer, and she tried to explain that she is transgender and that’s why she gave both her former and current name. Police put her in a cell overnight and she was kept in “nonstandard pink handcuffs” the whole night, according to her complaint. She also said that the officers misgendered her, deadnamed her, and insulted her, calling her “ugly” and “a man.”

The worst part of the ordeal was that she was charged with both criminal trespassing and false personation, which is when someone “knowingly misrepresents” their name, date of birth, or address to police officers with the intent to keep the police from finding out who they are. It’s a class B misdemeanor in New York, which can be punished with up to three months in prison. To add insult to injury, the criminal complaint misgendered her. The charges were eventually dismissed.

“Harassment of transgender women of color is far too frequent in the NYPD,” said Donna Lieberman of New York Civil Liberties Union, which represented Dominguez in the suit. “As the national reckoning with police abuse and violence continues, this settlement makes clear that the NYPD has an obligation to treat transgender women with dignity. We will continue to hold the NYPD accountable.” The NYCLU said that the officers involved faced no disciplinary action that they are aware of.

Last year, the NYCLU made a video to explain her case. 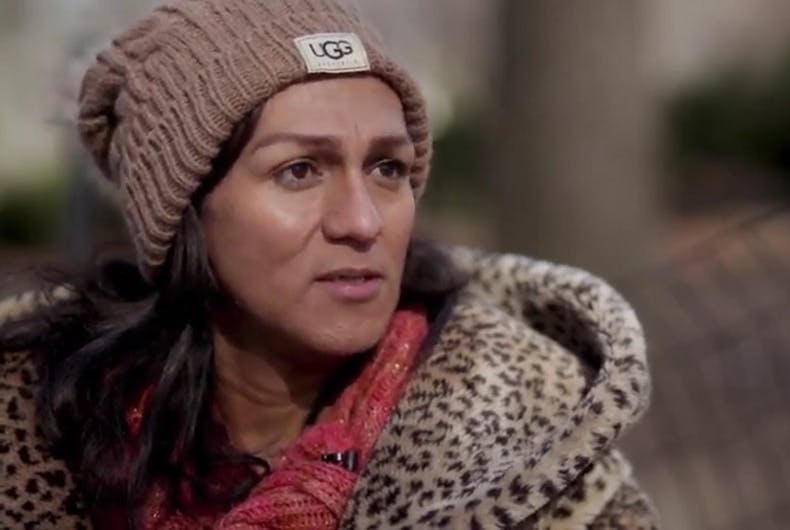