Connor Keaney, 26, from Birmingham, called himself a real-life ‘Boy in the Dress’

A self-professed real-life ‘Boy in the Dress’ has revealed how he snaps up bargain high-fashion dresses and skirts after being inspired by Harry Styles.

Connor, who doesn’t believe in labelling fashion because it’s just ‘material’, explained that he felt empowered and more ‘confident’ to evolve his style after seeing more and more people identify as non-binary.

Likening himself to the hero of David Walliams‘ hit series of children’s books, he explained: ‘I’m the real-life Boy in the Dress. Wearing skirts and dresses isn’t an issue, clothes are clothes, it’s material to me.

Connor’s mother Bridget Keaney, 58, introduced him to second-hand shopping in charity shops when he was a child, but he would stand inside mortified if any of his mates saw him.

But his evolving fashion sense later changed his outlook and he now proudly champions his environmentally friendly wardrobe, which he hopes will inspire others to do the same.

One of his first ever looks, a stylish tweed dress paired with white go-go boots, a clutch bag and a faux pearl necklace, cost just £6 and racked up 4,300 likes from delighted Facebook users.

Connor admitted that people often ask him where he gets his stunning clothes from, but he has to tell them that he has no idea because some of his second-hand buys don’t have any labels. 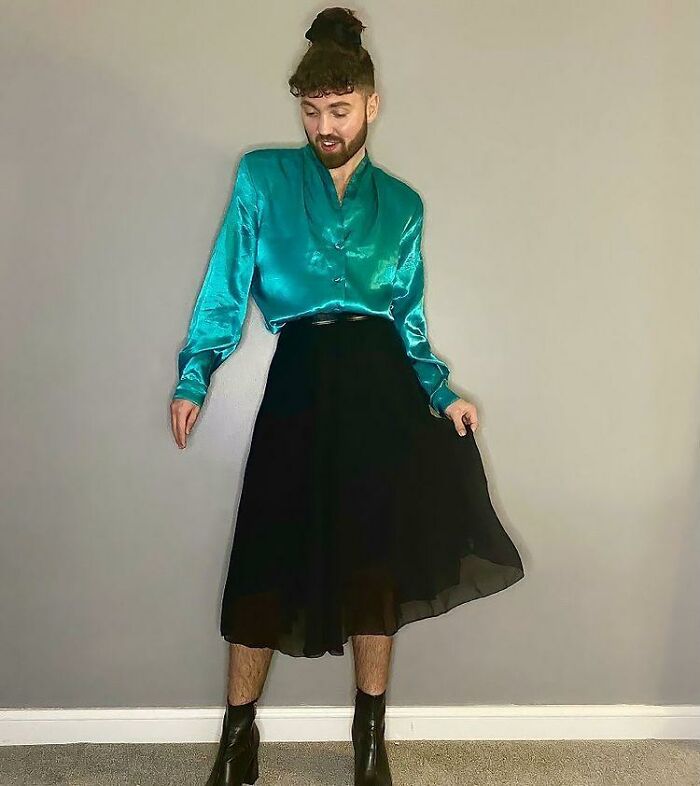 Keaney not only wears dresses, skirts, and any other clothes and accessories that might be considered “feminine,” but he also found a way to express himself in the art of makeup too.

He hopes his way of expressing himself can help other people who struggle with their identity and insecurities too.

Connor said: “Be you, be proud, and believe In yourself. I enjoy being fashionable and creative but most of all, I love being environmentally friendly. Recycling is just amazing, and why not look amazing while doing it!” 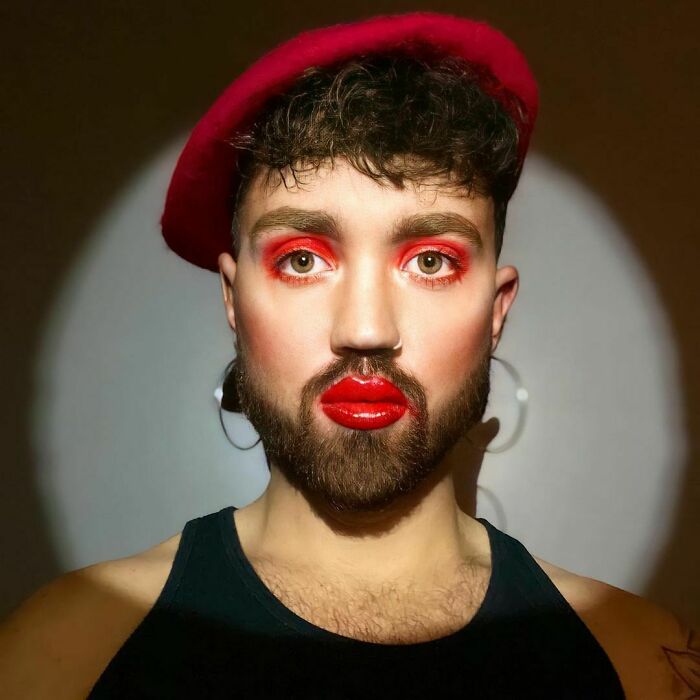