The Power Of Pride And Visibility

As a cis female butch lesbian who’s been out for over twenty years, I’m pretty fucking secure and confident in who I am.

But it took me years to overcome my own internalized homophobia and find my community. The most encouraging thing to help me was seeing other people like me. Growing up there was only one person throughout all my years of school who reflected me, and she was my butch lesbian PE teacher. Unfortunately, she was also the butt of everyone’s joke and an outsider. So instead of being a beacon, she felt more like a warning for me to stay in the closet.

I spent a good portion of my childhood and young adult life closeted. And it sucked. Having to live everyday hiding who you are isn’t only lonely, but cruel. I’m fairly certain it’s one of the worst things anyone can experience because you’re constantly pretending to be someone you’re not, and you’re completely isolated and invisible as a LGBTQ+ person. I spent years hiding who I was and then years of confusion and struggling only to realize it wasn’t me who was abnormal, but this patriarchal, heteronormative culture. So, as a fully self-aware and beautiful butch lesbian, I’m here to tell you the importance of being out, proud and visible!

We live in a culture that whether or not we admit it, is overflowing with homophobia and transphobia.

LGBTQ+ people are marginalized and considered ‘other’ more often then people think. Society categorizes and labels us through a distorted lens of ignorance and hate. We become an idea, or a lifestyle, that is palatable to the general public based on heteronormative standards. Standards that are unattainable, dehumanizing and send the message; you are abnormal and won’t ever fit in. Ultimately, it’s a form of control to keep us closeted and invisible.

The problem of visibility – or invisibility, is it’s a double edge sword. On one side, you have LGBTQ+ people who are very aware of the subtle and often not so subtle, unwelcoming, intolerant and violent world around them. So of course are not too eager to shout from the highest mountain top they’re queer.  Then you have so much of the general public who’ve been fed incessant fear-based bullshit stereotypes and ideas of what ‘normal’ sexual preference and gender identity is their entire lives. If they don’t actually see and interact with LGBTQ+ people, that ignorance simply continues. I’m not implying that queers need to be visible so straight people can understand and learn. It’s not our responsibility to teach oppressors about the insidious institution of homophobia and transphobia. But I do strongly believe most people are not inherently hateful beings that consciously want to oppress others. I think more often many straight people are simply ignorant and being visible certainly helps bridge the gap between the two worlds.

Given that most of what people in this culture see daily in the media are mainly bias storylines told from a heteronormative perspective, seeing out and proud LGBTQ+ people like Ellen DeGeneres, Laverne Cox, Neil Patrick Harris and Sarah Paulson is paramount. Not to mention the importance of fictional shows where the main characters are queer and not some cliché or side character.

Shows like Pose, Will and Grace, Modern Family, and Orange is the New Black all help break down and challenge the “normal” heteronormative narrative; that opposite sex relationships are the norm and a person is either male or female.

The effect of seeing both real and fictional images of other LGBTQ+ people sends a strong message of normalcy, inclusivity and accessibility, not to mention hope.

As an extroverted lesbian with a big personality it’s easy for me to say, “Oh just come out and be visible”. I get it. We’re all created differently. But I can’t begin to share how many people, both straight and queer over the years have reached out wanting to share their gratitude and talk. Some conversations were about the heart breaking struggles of being LGBTQ+. Others were with straight people who genuinely didn’t understand but wanted to learn how to work towards equality together. It is these connections and conversations that hit me on a personal level and make me truly realize the importance of being an out lesbian, visible to everyone who cares.

So here’s my hope – my message – my plea; Come out, come out wherever you are! Your visibility matters! Now is the time, especially with the extreme anti-LGBTQ+ Trump administration and new conservative SCOTUS. It is imperative that people come out and represent. The more people, both LGBTQ+ and straight, that see and connect with each other, the more opportunities to unlearn the lies we’ve all been taught.

Diversity is something to cherish, not oppress. And fear only teaches us to fear. Yet fear loses its power when light shines upon it. All of a sudden, what was unseen is seen. What was unknown becomes known. And what was feared is no longer feared. It really is as simple as that. Visibility matters./Curvemag.com 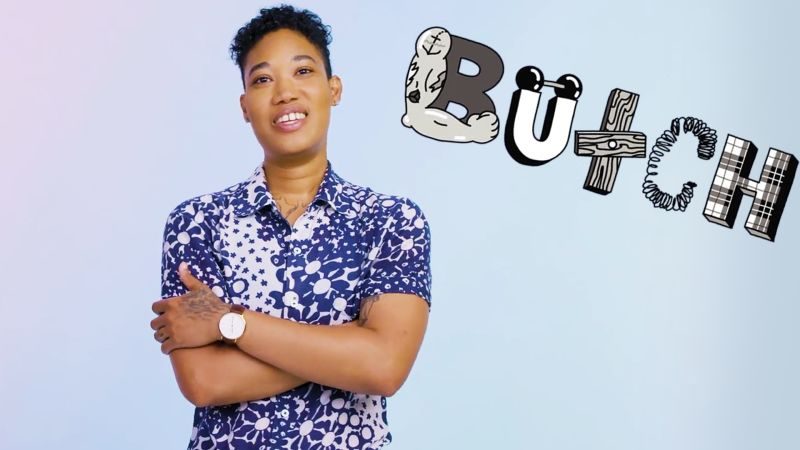