Switzerland just became the 29th country to get marriage equality

But pro-LGBTQ organizations say that it is still possible for a national referendum on marriage equality to be forced.

Switzerland just became the 29th country on the planet to legalize marriage equality. Earlier today, the Swiss National Council – the lower house of the Alpine country’s legislature – approved a bill to allow same-sex couples to get married and to allow lesbian couples access to sperm banks in Switzerland. “It’s a historic victory for the rights of the LGBTIQ community,” said Amnesty International in a statement.

Earlier this month, the Council of States – the upper house of Switzerland’s legislature – passed a law that would legalize marriage equality with a 22-15 vote, finally passing marriage equality legislation after it was first proposed by the Green Party in 2013. “We have been waiting for this for seven years,” said Olga Baranova of the Marriage For All campaign.

One of the major questions in the legislative process was whether the bill would allow lesbian women to use sperm banks in Switzerland, and the bills passed by both chambers allowed it, stirring opposition from the Christian Democratic Party. The wife of the parent who gives birth to the child will also be listed on the birth certificate as the child’s second mother, but only if a couple goes to an officially recognized sperm bank. Up to now, same-sex couples in Switzerland were allowed to form domestic partnerships with limited rights, especially when it came to adoption and immigration.

The Council of States rejected a motion that would have required a nationwide constitutional referendum on marriage equality, which would have significantly delayed the law. But pro-LGBTQ organizations say that it is still possible for a national referendum on marriage equality to be forced. “If the opposition wants to start a referendum, we’re ready,” said Matthias Erhardt of the Rainbow Family Association, an LGBTQ organization in Switzerland. “We have 82% of the population behind us and, thanks to the mobilizing strength of the LGBT community, our partner organizations and political parties support us,” he continued. “We are going to increase the acceptance of LGBT people in society even more if there is a referendum campaign.” 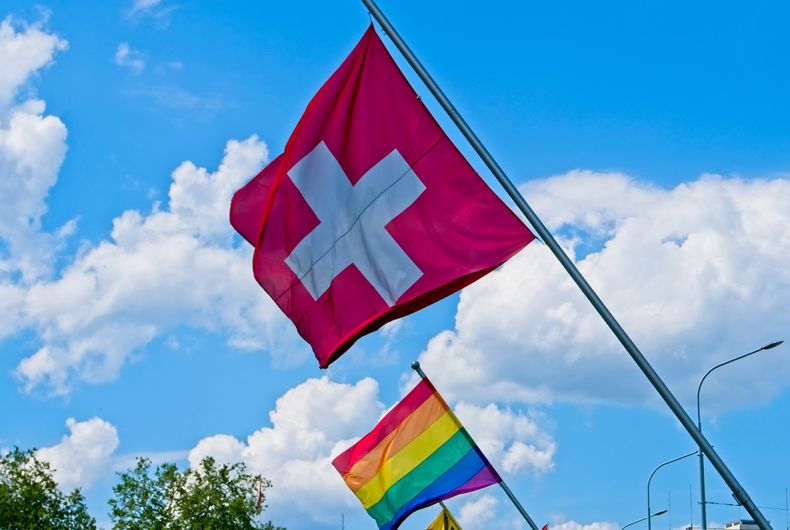