If passed into law, the reforms would allow those over 16 years of age to change their legally registered gender with greater ease.

Lawmakers on Thursday passed a transgender rights bill allowing anyone 16 and over to change gender on their ID card, putting Spain on track to becoming one of the few countries to allow transgender people to change their status with a simple declaration.

Approved by 188 votes in favour to 150 against and seven abstentions, the bill now moves to the Senate where, if left unchanged as expected, it will become law within weeks.

The draft bill effectively simplifies the procedure for changing gender on a person’s national identity card, allowing them to request the change based on a simple statement.

The bill also proposes a ban on so-called conversion therapies to suppress sexual orientation or gender identity and would, if passed into law, establish fines and punishments for attacks on LGBTQ people.

It would also overturn a ban that prevented lesbian couples from registering their children under both parents’ names.

Transgender rights groups say the law represents a “before and after” in LGBTQ rights. But some feminist activists regard gender self-determination as a threat that blurs the concept of biological sex.

“We are making progress on rights as a country,” Equality Minister Irene Montero said during the debate leading up to the vote. “We want all LGBTI people to be able to be themselves, without closets.” 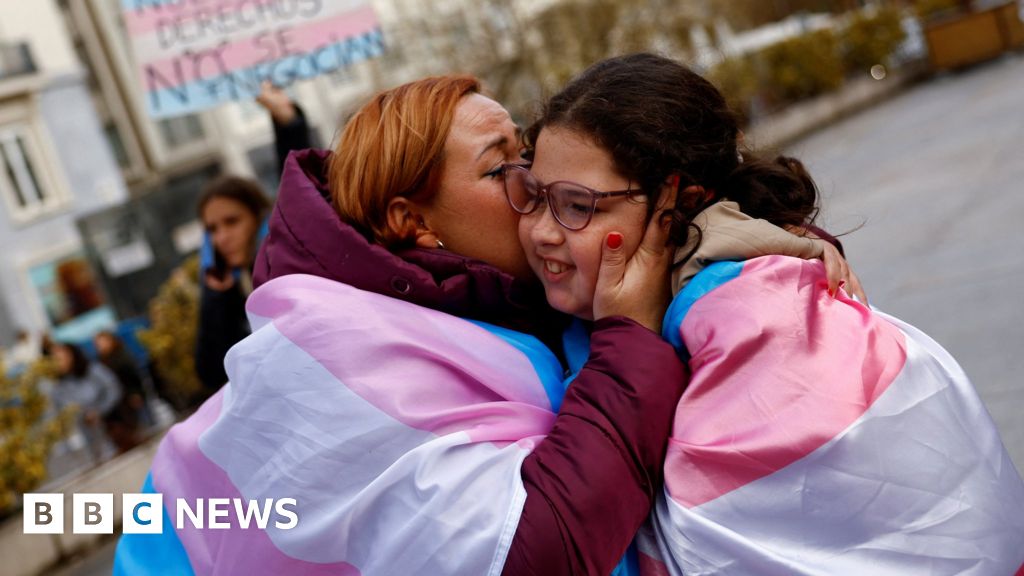 Outside the Congress building, dozens of activists in favour of the law and families of transgender people exchanged hugs and cheered in celebration after the vote, while some burned blue, white and pink flares – the colours of the transgender movement.

In Europe, Denmark was the first country to grant such a right in 2014. On Thursday, Scotland’s Parliament also passed reforms to make it easier for transgender people to change their legal gender, removing the need for an official medical diagnosis of gender dysphoria.

The bill has caused unease within the ruling coalition, with the far-left Unidas Podemos party, which sponsored it, accusing Prime Minister Pedro Sanchez’s Socialist party of attempting to torpedo the law, but ultimately the Socialists backed the legislation.

Joining those celebrating outside were Montero and former Socialist lawmaker Carla Antonelli, who had quit the party in protest over the delays in the legislative process.

Critics say the law will be open to abuse and could threaten women’s rights, allowing men who self-identify as women to compete in women’s sports or request transfers to women’s prisons. They have also raised concern about minors having the right to self-determine their gender. 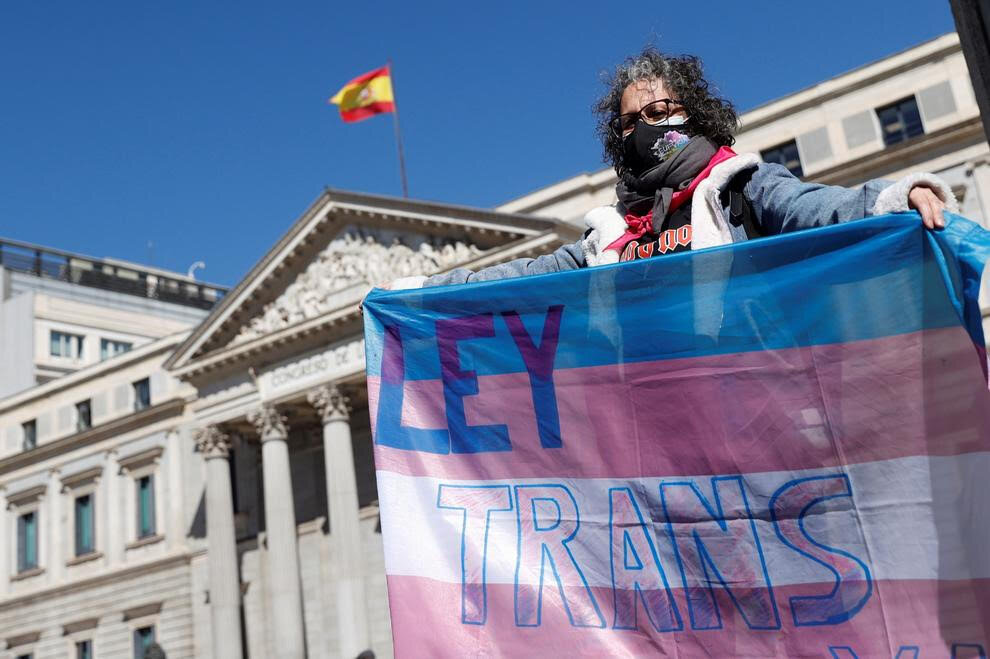