SARAJEVO, Bosnia-Herzegovina – Hundreds of people attended a gay pride march Saturday in the Bosnian of capital Sarajevo, with organizers saying LGBT people have been further marginalized since the start of the coronavirus pandemic in the impoverished, conservative Balkan nation.

A colorful crowd walked through central Sarajevo carrying rainbow flags. The march was held under heavy security after hundreds of police had sealed off the area to prevent incidents with counterprotesters.

At the same time, dozens of opponents of the pride march held their own gathering in Sarajevo, saying they wanted to defend the country’s traditional values from an “aggressive” LGBT ideology. No incidents were reported at any of the gatherings.

People from Bosnia and Herzegovina, the Balkans and across Europe attended the Pride parade in Sarajevo under tight security measures taken by the Sarajevo Canton Government and the city’s police.

The Pride parade was also supported by European diplomatic missions. 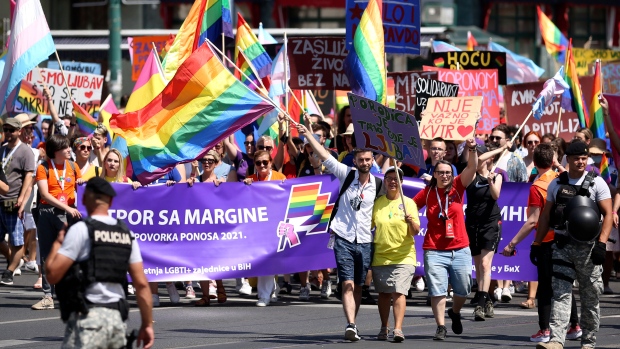 In addition to the Pride parade, another counter-demonstration organised by Faith People State, which is led by Sanin Musa, also ended peacefully.

Musa said that with the rally, his group’s supporters are opposing the “aggressive introduction of LGBT standards in our families and public space and media.”

For the first time, money to pay for the security measures for this year’s Pride has been allocated by the Sarajevo Canton government, the city’s Centar municipality and the City of Sarajevo, a move that has been hailed by the organisers.

The Pride parade started at Safet Isovic Park around noon in the city centre and protestors marched to the Square of Bosnia and Herzegovina. 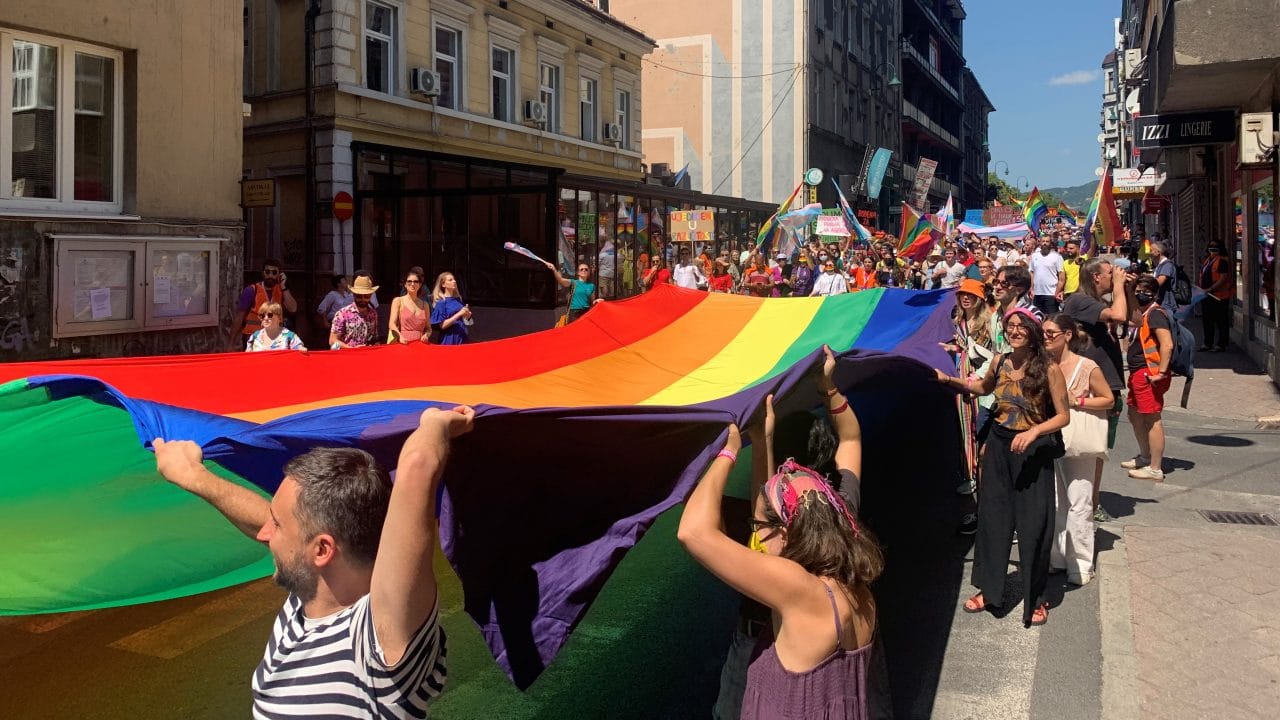 Bosnia was the only former Yugoslav republic that had not hosted a Pride parade until 2019. The socially conservative country has a history of violence targeting LGBT-themed festivals, most notably in 2008 and 2014.

The first pride march in Sarajevo was held in 2019, while last year’s event gathered only small numbers because of the pandemic. 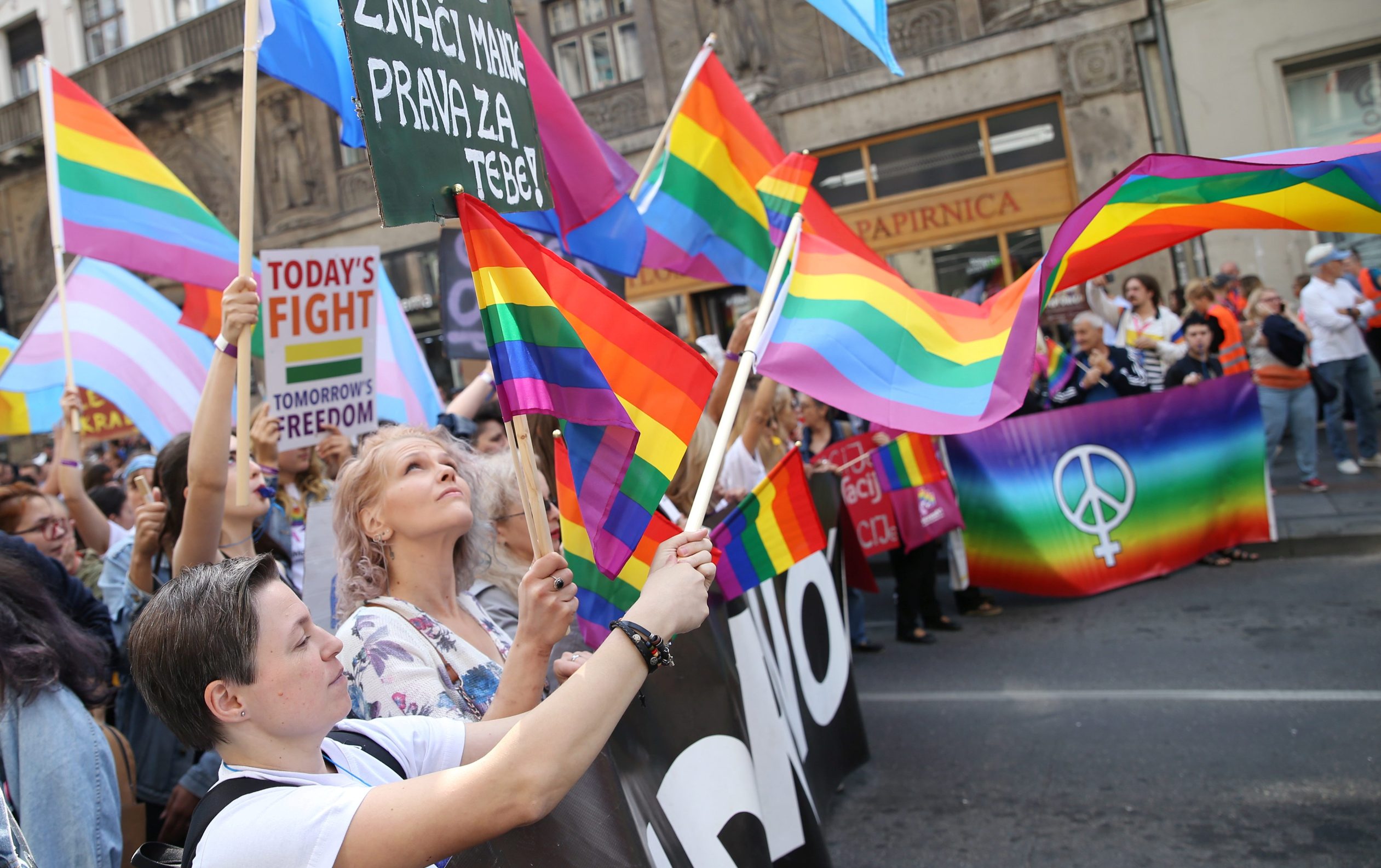