Pope Francis on  last Wednesday called on parents around the world to not condemn children if they are gay.

In speaking about how parents should always stand by their children during difficult times, including illness or accidents, the pope said parents should also accompany “children with different sexual orientations.”

“Never condemn your children,” he said.

Francis made the comments while speaking about the biblical figure Joseph during his weekly general audience. He addressed parents facing difficult situations in the lives of their children, such as kids who are sick, imprisoned or killed in car accidents.

But he also addressed parents “who see that their children have different sexual orientations, how they manage that and accompany their children and not hide behind a condemning attitude.”

The pope shared this message during his general audience address, during which he said “God does not promise us we will never have fear. But with his help, it will not be the criteria of our decisions.” Prayer, he said, will bring light and peace, and he gave that advice to parents going through “sorrow.”

While the LGBTQ community has long been marginalized in many religions, including Catholicism, Pope Francis has had more progressive views on same-sex relationships.

In 2020, he endorsed civil unions for the first time as pontiff while being interviewed for the documentary “Francesco.”

“Homosexual people have the right to be in a family. They are children of God,” Francis said in the film. “You can’t kick someone out of a family, nor make their life miserable for this. What we have to have is a civil union law; that way they are legally covered.”

In some countries, such as the United States and Germany, parishes and ministers had begun blessing same-sex unions in lieu of marriage, and there have been calls for bishops to de facto institutionalize these.

Conservatives in the 1.3 billion-member Church have said the pope — who has sent notes of appreciation to priests and nuns who minister to gay Catholics — is giving mixed signals on homosexuality, confusing some of the faithful.

Last month, a Vatican department apologized for “causing pain to the entire LGBTQ community” by removing from its website a link to resource material from a Catholic gay rights advocacy group in preparation for a Vatican meeting in 2023 on the Church’s future direction.

The Church teaches that gays should be treated with respect and that, while same-sex acts are sinful, same-sex tendencies are not. 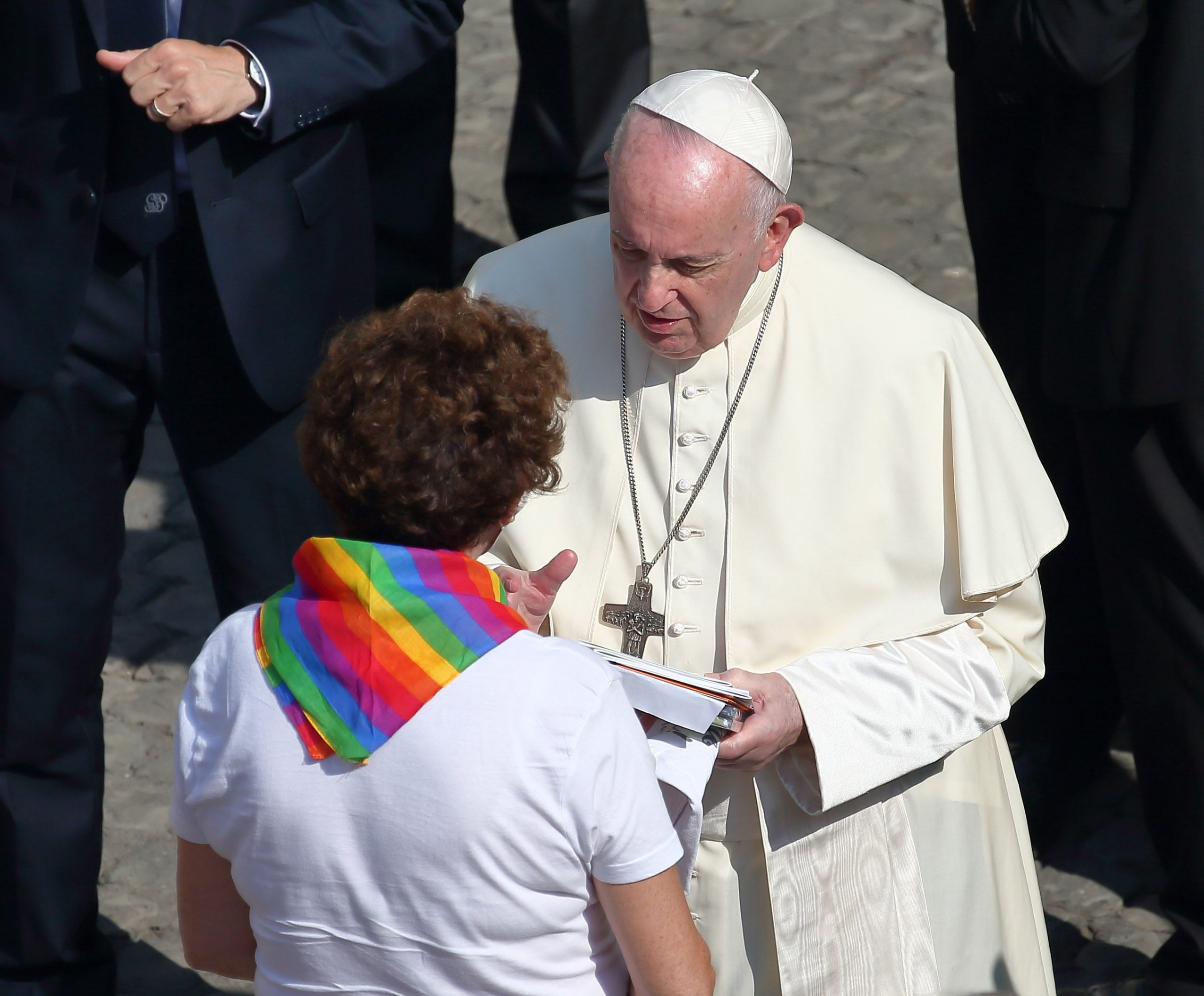