Self-tagged “The American Balkanian Gay,” Elton Ilirjani has dusted off the rejection and scorn he faced for most of his life and taken up his full identity in the United States. Coming from Tepelena, the People’s Social Republic of Albania, a society yet to accept many ways of life that people hold dear, Elton found it hard to fit in and lead a life that did not fully represent his essence and identity. In 1991, as an eleven-year-old boy, Elton Ilirjani took things up with his father and came out as gay. At the time, Albania was led by ex-communists, and as expected, he was met with criticism and condemnation. Elton took things further by writing a love letter to a straight man, and he became the subject of conversations amongst the members of his community.

Putting all his controversies behind him, Elton acquired formal education and was excellent at it. He was the best student in the history of the Abaz Shehu gymnasium, where he graduated from. He also obtained a Bachelor’s degree in Economics Sciences and a Master’s degree in Political Sciences from the Mediterranean University of Albania. He was passionate about the arts, and in 2000, he won the first prize in Albania alliteration with Beat Generation Poetry within youth in Albania. He also wrote two poetic books titled “Neveria” and “Fytyrefshehuri,” which received critical acclaim all over Albania.

In 2012, he established Head Hunter, which became the biggest HR, Recruiting and Staff Leasing company in Western Balkans, Greece and Cyprus. In 2016, he established the company in the United States and has connected employers with employees ever since. He declared his sexual status openly in the Albania media in 2016. He remains the only public figure to have ever announced themselves to be a proud gay in Albania. This generated a lot of negative press from the public and media. At the same time, he signed up for two major campaigns for LGBT rights – Lipstick Movement and the Nobody is Straight Movement. Elton Ilrijani heated the polity again by being the first man to use lipstick in the Albanian media and the first gay man to show off his body in the media.

He established Dignity Global, a global foundation that manages LGBT Employment Equality Indexes. The foundation ensures companies and institutions take active steps to end discrimination against the LGBT community at the workplace and during recruitment procedures. Elton Ilirjani has fully settled into American life, and he’s actively fighting for the causes he believes in on a global scale. He got married to his lover, Christian, in 2019, and they live together with their Pomeranian dog, Mona.

Despite his success and influence, Elton is still not accepted back home in Albania. During the Pride month of 2021, he was publicly crucified, and he has stated that such treatment continues to make him sad. Elton is known for his high-end fashion sense and glamorous personality. 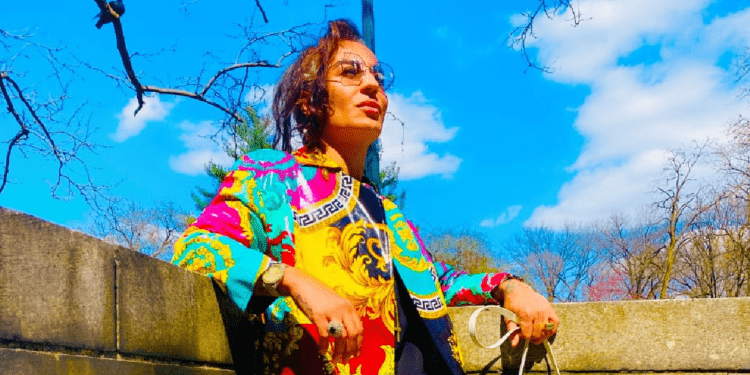