Lia Thomas became the first known transgender athlete to win the highest US national college title with victory in the women’s 500-yard freestyle.

Thomas, who swims for the University of Pennsylvania, secured the title in four minutes 33.24 seconds in Atlanta.

Virginia’s Emma Weyant, who won 400m individual medley silver at the Tokyo Olympics, finished 1.75secs behind in second while Erica Sullivan was third.

“It means the world to be here,” Thomas said in an interview with Elizabeth Beisel after the race.

Thomas, who declined to attend the NCAA-required postrace news conference, told Beisel she has been trying to tune out the distractions. “I try to ignore it as much as I can,” Thomas said. “I try to focus on my swimming, what I need to do to get ready for my races. And just try to block out everything else.”

After posting the nation’s top times in the 200 and 500 freestyle events in December at the Zippy Invitational in Akron, Ohio, Thomas garnered national attention.

With success has come criticism about whether trans women should be allowed to compete in women’s sports. Her face has been prominently displayed on Fox News and right-wing news sites critical of society’s changing views on sex and gender.

Some of her Penn teammates also have taken issue with her participation. Last month, an anonymous letter written on behalf of 16 of her 40 Penn teammates criticized what they saw as her “unfair advantage,” saying they supported her gender transition out of the pool but not necessarily in it.

In response, more than 300 current and former swimmers, collegiate and elite, signed their names to an open letter defending Thomas’ ability to compete. One of those signees was Sullivan, her closest competitor in the 500 free prelim Thursday.

Thomas previously told the SwimSwam podcast she realized she was trans the summer of 2018, but kept it secret, wary that coming out would take away her ability to swim. 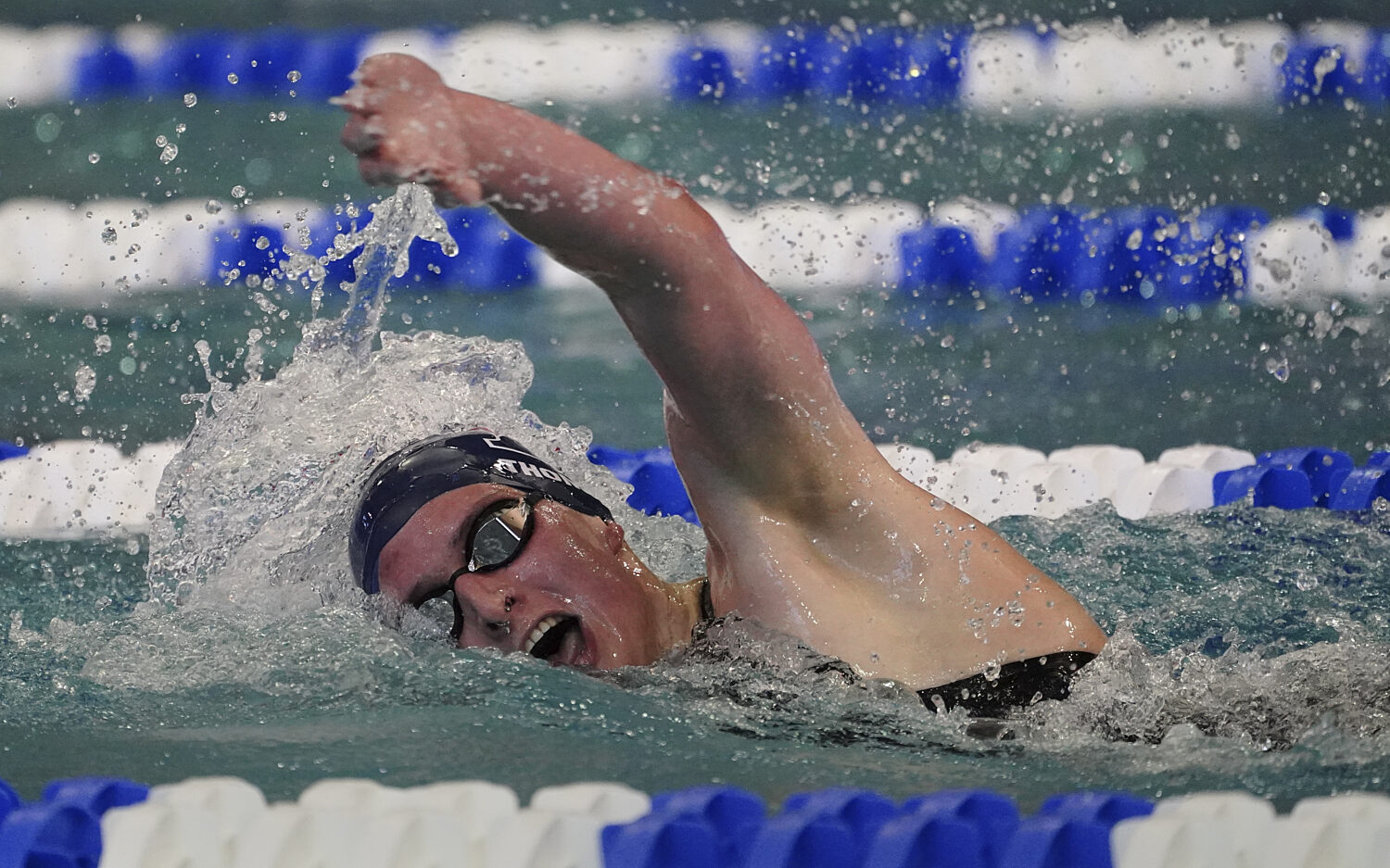 “I was struggling, my mental health was not very good. It was a lot of unease, about basically just feeling trapped in my body. It didn’t align,” she said.

The NCAA currently requires trans women athletes to have one year of hormone replacement therapy (HRT) to be cleared to participate in women’s sports. Thomas said she started HRT in May 2019 and came out as trans that fall, and the NCAA has approved her participation in the women’s field.

She swam for the Pennsylvanian men’s team for three seasons before starting hormone replacement therapy in spring 2019.

The National Collegiate Athletic Association Division I is the highest level of intercollegiate athletics in America.

US swimming updated its policy in February to allow transgender athletes to swim in elite events, alongside criteria that aims to reduce any unfair advantage.

On Saturday, swimmer Lia Thomas placed last in the 100-yard freestyle swim during the NCAA championships, ending her career in collegiate swimming. A last-place showing at an NCAA swim meet, even a championship one, would not typically garner national headlines. Yet, Thomas has been at the center of controversy regarding her eligibility to compete in women’s events. 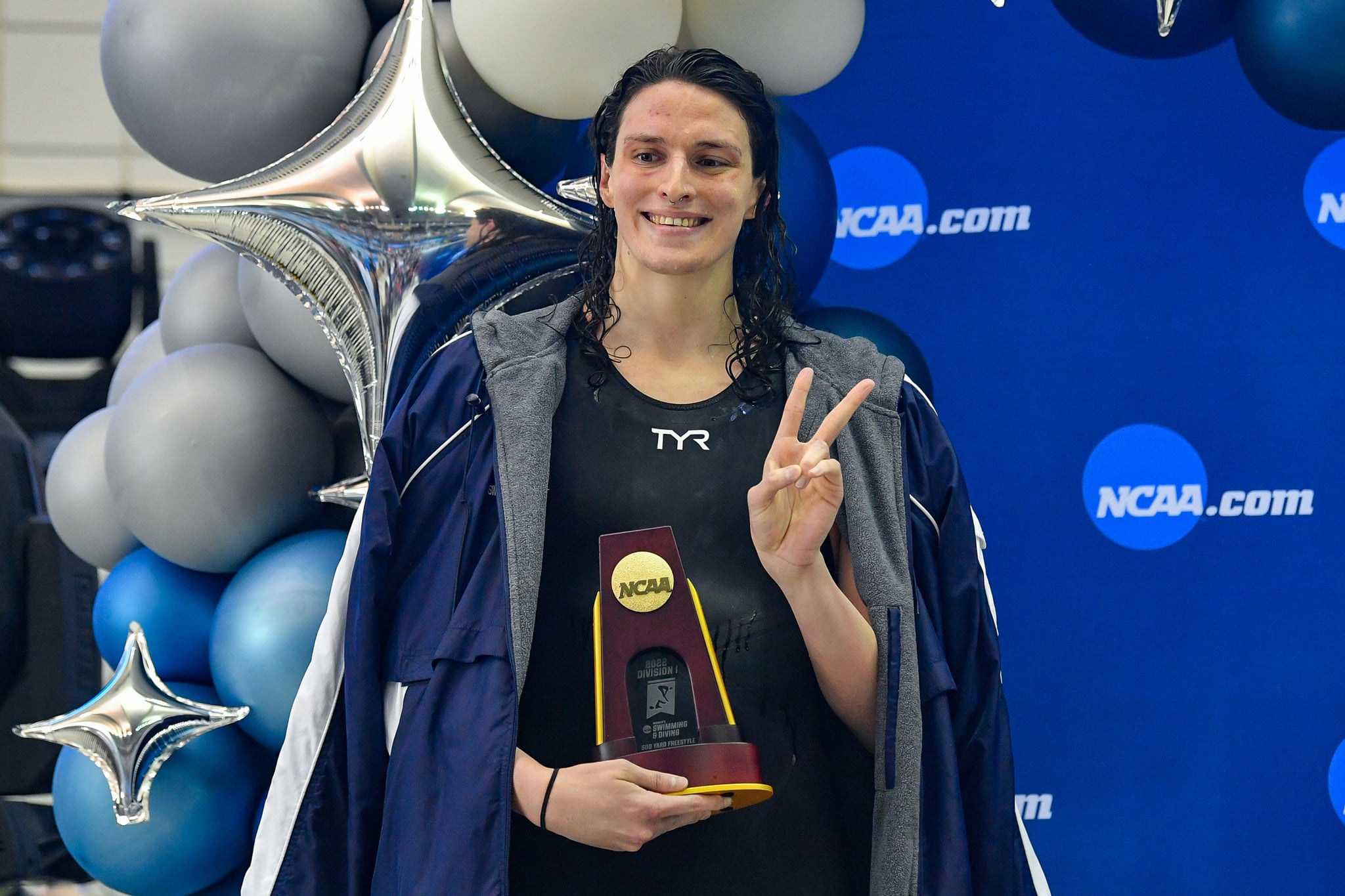