LGBT in Afghanistan: ‘I could be killed on the spot’

Before the Taliban uprising in Afghanistan, life for gay man Abdul (his name has been changed) was already dangerous.

If he’d spoken about his sexuality to the wrong person then, Abdul could have been arrested and taken to court for his sexuality, under Afghan laws.

But since the Taliban seized control of major cities in Afghanistan last week, Abdul tells Radio 1 Newsbeat his sexuality being revealed would now have him “killed on the spot”.

The Taliban are a military group who have taken control of the country, and are known to enforce extreme Islamic ideals.

Under the Taliban’s interpretation of Sharia Law, homosexuality is strictly prohibited and punishable by death.

The last time they were in power in Afghanistan, between the late 90s and 2001, 21-year-old Abdul hadn’t been born.

This week, Abdul was supposed to be sitting his final university exams, going for lunch with friends, and visiting his boyfriend, who he met at a swimming pool three years ago.
Instead, he is sat in his home for the fourth day in a row. There are Taliban soldiers currently outside his front door.

“My studies were going perfectly. There was life in the city, there were crowds in the city.”

In the space of a week, Abdul feels he has watched his life disappear from in front of him.

“There is no future for us,” he says.

“I don’t think I will ever continue my education. My friends, I have lost contact with them. I don’t know if they’re okay.

“My partner, he is stuck in a different city with his family. I cannot go there, he cannot come here.” 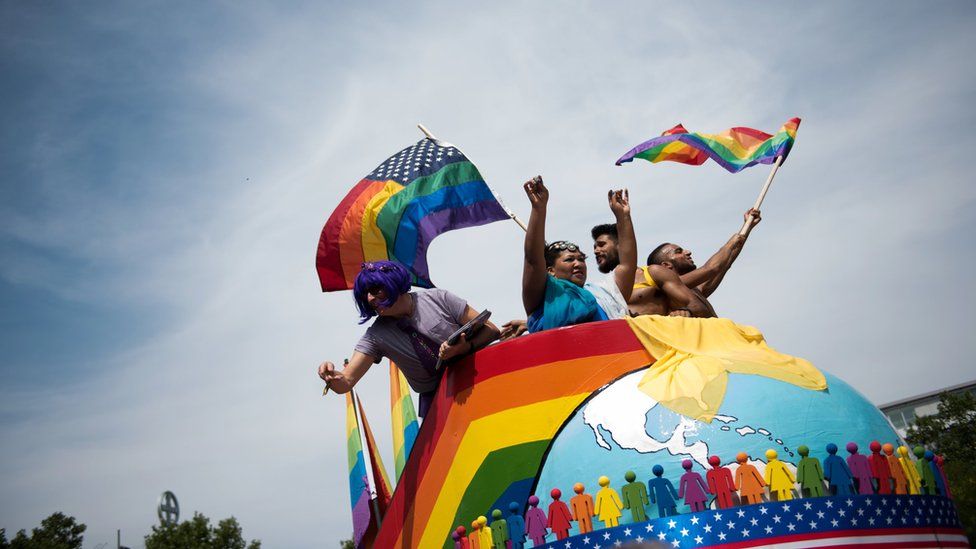 His father, who worked for the government, has gone into hiding for fear of the Taliban.

Most of the women Abdul knows won’t leave the house in fear of their lives. Some are taking the risk, but only when accompanied outside by a man.

Abdul isn’t hopeful about the Taliban’s promises to rule differently and give women more opportunities.

“Even if the Taliban accepts a woman in the government, in school, they will never accept gay or LGBT people. They will kill all of them on the spot.”

Abdul says he is “waiting to find a way to get out of the country”. There are some charities and campaigners trying to help Afghans like Abdul to safety.
Abdul says he has heard that the UK are planning to take 20,000 migrants from his country, but he says nobody knows how to apply or register themselves.
UK charity Stonewall has called on the UK government to start “helping LGBTQ+ Afghan refugees to survive, resettle and thrive.”

“I just want to say, if anyone is hearing my message, as a youngster, I have a right to live freely and safely,” Abdul says.

“I’m 21 years old. All my life, I spent it in war, in bomb blasting, losing friends, losing relatives.

“Just pray for us. Pray for our lives.”