“I am a gay male and I’m beyond proud. This is unjust and not okay.”

A gay senior at Clyde High School in Texas got punished with a suspension for wearing nail polish to school.

“Imagine your school not allowing boys to paint their nails and giving boys iss [in-school suspension] for it,” tweeted 17-year-old Trevor Wilkinson. “And the whole administration being okay with it, homophobic and sexist? Welcome to west Texas.”

imagine your school not allowing boys to paint their nails and giving boys iss for it. and the whole administration being okay with it, homophobic and sexist? welcome to west texas🤠

Wilkinson said that he wore the nail polish to school the Monday after Thanksgiving break. He got in trouble because the student handbook at the school specifically says that male students are not allowed to wear nail polish or makeup. The handbook says that the punishment is an in-school suspension until the student removes the nail polish. “Repeated offenses may result in more serious disciplinary action in accordance with the Student Code of Conduct,” the handbook says.

“It’s really sad to me because I feel like it’s 2020 and we should be progressing and not taking steps back,” Wilkinsons aid. “And it makes me really sad because I know that there are other people who feel like this and feel like they can’t express themselves and that they never will be able to because of people like this, who are not open-minded enough to see another perspective.” Wilkinson said that he met with administrators who told him that he would remain in suspension if he did not remove the nail polish.

“I’m not taking off my nails and I’m staying in ISS because it’s completely wrong,” he said. He has started a Change.org petition that has gotten over 68,000 signatures so far. “It is a complete double standard because girls are allowed to have any form of nails they want, and honestly they can express themselves in any way they want,” Wilkinson wrote. “I am a gay male and I’m beyond proud. This is unjust and not okay.” The Clyde Consolidated Independent School District said that it does not discuss individual student’s cases, but that parents and students are provided with a copy of the dress code before the school year starts and that it “is consistently implemented and enforced.” 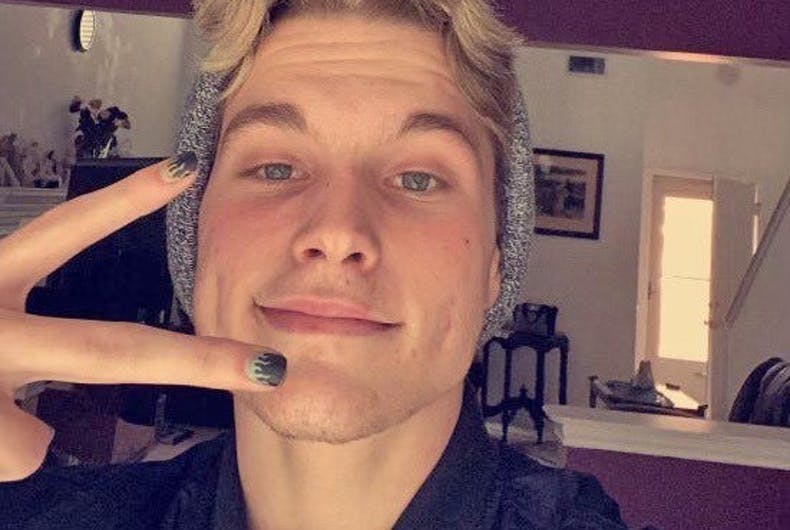