The state banned license plates that show “contempt for a specific group or person.” A judge said that violates free speech protections

A gay man in California just won the right to get a license plate that says “QUEER” on it. In a court case brought by the Pacific Legal Foundation, the state’s supreme court ruled that California’s ban on personalized license plates that contain “connotations offensive to good taste and decency” is illegal under the constitution’s free speech protections.

One of the plaintiffs in the case is Amrit Kohli, a gay man from Oakland who applied for a license plate that says “QUEER.” The lawsuit said that he is trying to reclaim the word queer and even founded a record label called Queer Folk Records. But the California DMV rejected his request for the license plate, saying it “may be considered insulting, degrading, or expressing contempt for a specific group or person.”

U.S. District Judge Jon Tigar rejected that reasoning, saying that the state government can’t discriminate based on the content of speech. “Not regulating for taste means allowing speech that many — including this court — might find in poor taste or even offensive,” Tigar wrote in his decision. The DMV argued that this isn’t private individuals’ speech, but government speech because it’s on license plates. Tigar rejected that argument and said that regulations on the license plates “must be both viewpoint-neutral and reasonable.”

“This is a great day for our clients and the 250,000 Californians that seek to express their messages on personalized license plates each year,” said the Pacific Legal Foundation’s Wen Fa in a statement. “Vague bans on offensive speech allow bureaucrats to inject their subjective preferences and undermine the rule of law.” Kohli was one of five plaintiffs in the case. Another one of the plaintiffs wanted to use his nickname “Og” and liked wolves, so he applied for a license plate that says “OGWOOLF.” His request was rejected because the DMV thought it would “contain a reference to gang affiliation.”

The last plaintiff was an immigrant from England who owned an English pub in San Diego for 30 years with the slogan “Real beer, proper food, no bollocks.” He wanted a license plate that said “BO11LUX,” which literally means testicles but is also British slang for “bullshit.” The DMV said that his requested plate had “a discernible sexual connotation or may be construed to be of a sexual nature.” Judge Tigar went into some detail about the DMV’s inconsistent approach to the license plates.

For example, the sequence of letters “AF” is sometimes accepted and sometimes rejected, depending on whether the reviewer believes that it could be interpreted as “as fuck” or “Air Force,” even if in context it refers to something else entirely. “Approximately 65 to 75 percent of the time” a first reviewer’s decision gets overturned by a later review, Tigar wrote in the decision. 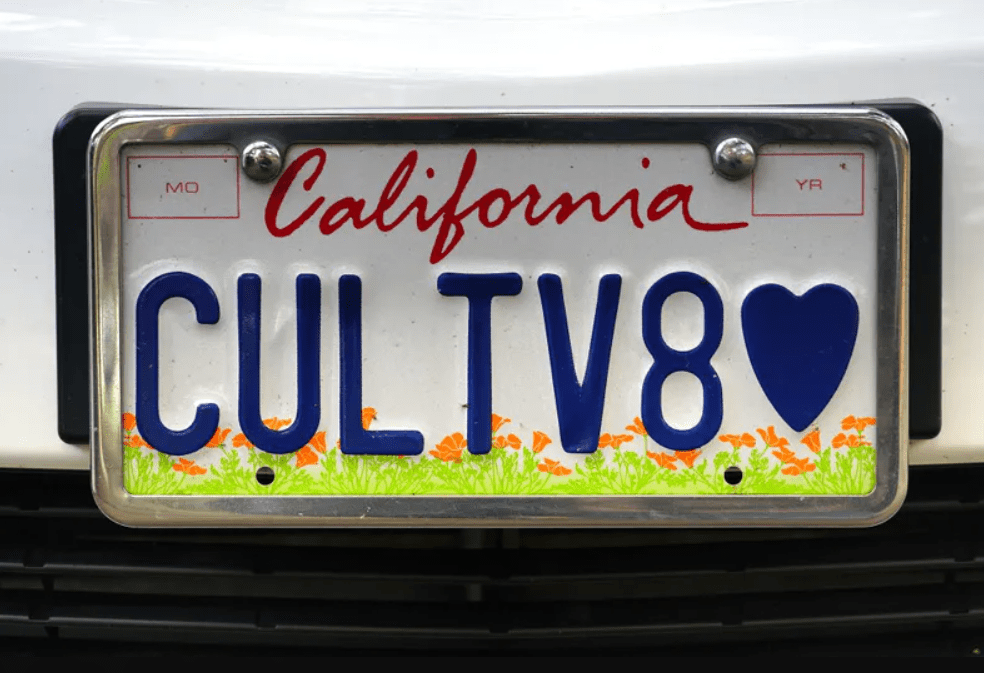