A former foster kid, he knew how hard it could be in the system. After all, he was separated from his eight siblings when he entered the system himself

Robert Carter always knew he would be a father. A former foster kid, he knew how hard it could be in the system. After all, he was separated from his eight siblings when he entered the system himself. Carter and his former partner opened their home to three brothers to keep the children together through foster care when they found out the boys had sisters as well. When the siblings were reunited, Carter adopted all five children.

“My boys, they never talked about mom, they never talked about dad, just [their sisters], so I knew I had to make that happen,” Carter told People. And when the boys saw their sisters again at the girls’ school, Carter says he knew he needed to make it official. “We cried the entire time and that was the moment I was like, ‘Okay, I have to adopt them and keep them together.’”

Carter and his partner have recently separated, but Kiontae Gillan was still present for the adoption ceremony. The men took care of the children together and Gillan is still “papa.” “I’m not a real emotional person and don’t like to show it,” adds Carter. “After it was finalized, I felt so relieved. I woke up the next day in complete ease. It’s a fresh start for all of us.” Carter admits that life with five kids is a little louder and more hectic than he was used to. “I’d rather have that noise and know they’re together than to not have it and have peace and quiet and know they’re separated. It’s worth it,” he said. 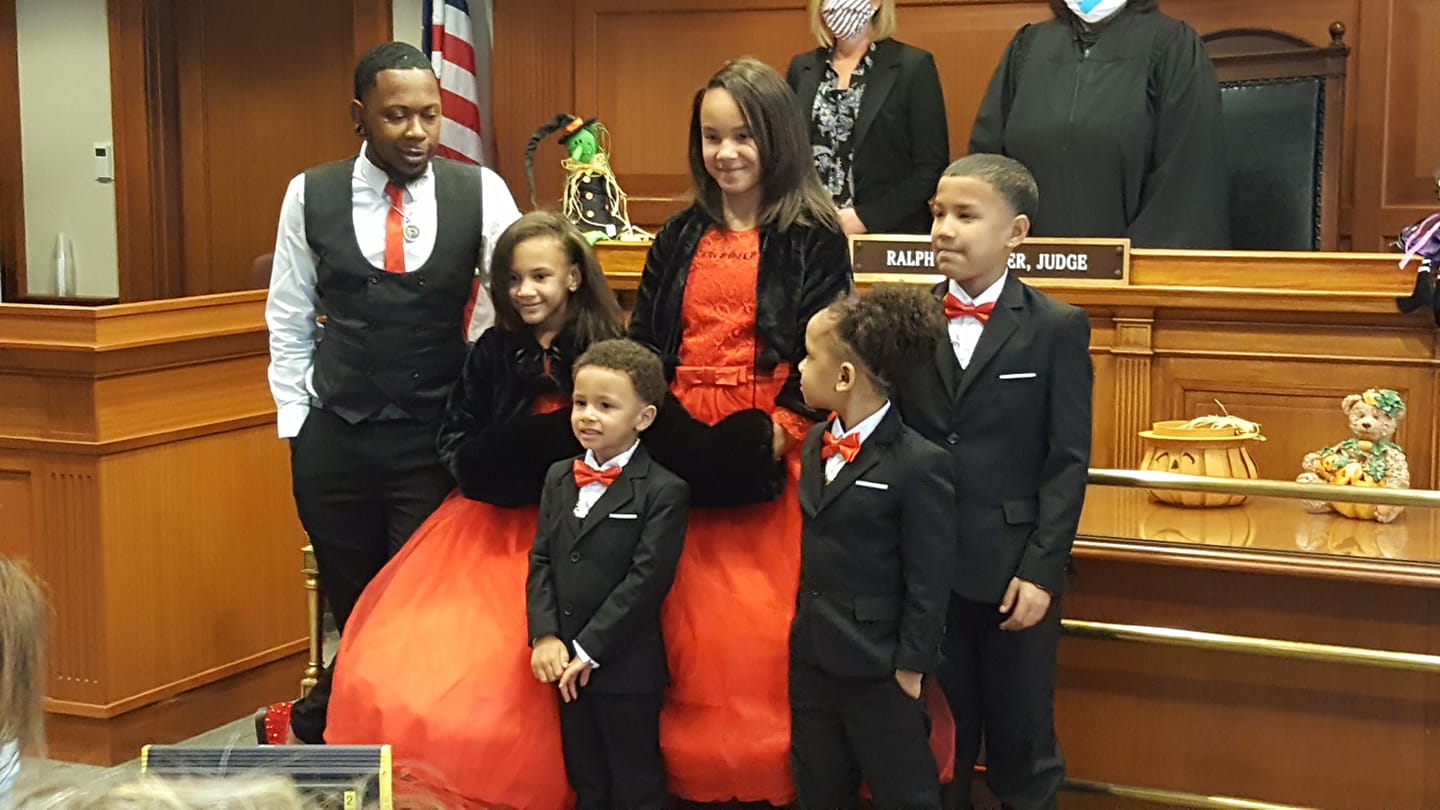