After Croatian courts last year confirmed that same-sex couples have the right to become foster parents, LGBT+ advocacy groups have welcomed a ruling of the Zagreb Administrative Court that they can also apply to adopt.

Zagreb’s Administrative Court ruled on April 21 that same-sex couples should not face discrimination in state adoption, the Rainbow Families Association (RFA), an LGBT+ group, said on its website, alongside a redacted copy of the judgment.

The government has 15 days from receiving the judgment to appeal – but emailed a statement saying it would not comment on the ruling “until it becomes non-appealable and final”.

Croatia has introduced human rights reform since joining the European Union in 2013, but the Catholic-majority country remains relatively conservative, with media reporting Pride flags being burned and attacks on LGBT+ Croatians.

If the ruling stands, it would be the 15th of the EU’s 27 member countries to permit same-sex couples to jointly adopt children, according to ILGA-World, an LGBT+ advocacy group.

That law was challenged by Kozic, 40, and Segota, 38, both from Zagreb, after their application to adopt was rejected.
They became foster parents in September, caring for boys of seven and five, and their lawyer urged the government to let them adopt now, too.

A Croatian Constitutional Court ruling in January last year obliged courts and authorities to give all competent appliers to foster equal opportunities, including same-sex couples.

The rights of LGBT communities have gradually improved in recent years in EU member Croatia – a conservative, predominantly Catholic country.

Same-sex couples have been able to enter into civil unions since 2014 that give them almost the same rights as married heterosexual couples.

Religious groups have campaigned to restrict the right of homosexuals to foster children or adopt. 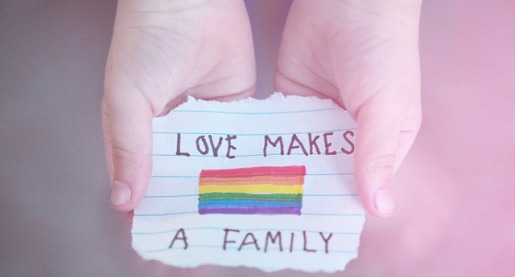